Dr Vinod Nikhra is a Senior Consultant Physician and Faculty at NDMC Medical College and Hindu Rao Multi-speciality Public Hospital, New Delhi, India. He is a healthcare administrator, academician and clinician. He has been a Visitor at Cleveland Clinic Foundation, Cleveland and an Observing Physician at Alabama Medical Center – a tertiary care hospital in Opelika, Alabama, USA. He has been elected a Fellow by International Medical Sciences Academy and the Royal Society of Medicine, London. He has been Editor of ‘Madhya, the midage’, the official Journal of Association for Health in Middle Age during 2003-2006. He has been on Reviewer panel of, among others, the Family Practice, an Oxford University medical journal and International Journal of Obesity. His published books include, ‘Aging slowly, Living longer’ and ‘The Anti-obesity Guide’. Over the years he has contributed about hundred papers in leading national and international medical journals. Biography: Dr Meguid is a professor of human genetics and Children with Special N ReadMore...

Dr Meguid is a professor of human genetics and Children with Special Needs and Former Head of Human Genetics Unit, at the National Research Center (NRC) in Egypt. She holds a Ph.D. in Human Genetics, and she is a Senior Geneticist at the Genetics Institute, Pasadena, California; a fellow of Uppsala University, Sweden and Yale University. She was one of five selected scientists to win the outstanding L’Oreal UNESCO Award for women in Science for Africa & Middle East (2002). She has used her expertise to identify and describe several novel genetic syndromes. She was given the Distinctive Arab Female Scientist Prize Creative Women in Genetics by the Arabian Gulf University, Bahrain, 2009. Finally was awarded with the National State Award of Excellence in Advanced Medical science Technology, 2016. She is the Founder of Autistic disorders Clinic in the NRC. On the other hand she is the head of the laboratory of research in DNA in genetic behavioral disorders. Fong Fong Chu has her expertise in gastrointestinal diseases especially in inflammatory bowel disease (IBD). Her team has established a mouse model of IBD which is very-early onset. These mice are deficient in two isoenzymes which reduce hydrogen peroxide named GPx1/2-double knockout (DKO). This model is a better model than chemical-induced colitis models because it is not injury based and mimic closely to human IBD. She has built this model through 20 years of research and has identified new targets for IBD therapy. She joined Beckman Research Institute of the City of Hope, Duarte CA USA (1987). She is currently associated with the Department of Gastroenterology & Hepatology and the First Affiliated Hospital and College of Clinical Medicine of Henan University of Science and Technology, Luoyang, Henan, P R China since 2016. 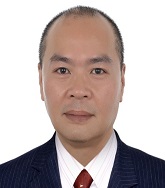 Professor Higinio T. Mappala is a Full-time Medical Specialist IV and Administrator at the Jose Reyes Memorial Medical Center, Manila, Philippines, A Board-certified Internist, Gastroenterologist, Endoscopist, Clinical Nutritionist and Clinical Toxicologist; has served as a University Professor and Dean of 2 Medical Schools; a highly-regarded Researcher, with more than 70 scientific papers, and more than 30 international publications. A former Board Director of the Philippine Societies of Gastroenterology and Digestive Endoscopy; Editorial Board member, American Journal of Biomedical Science and Reearch; Online Research rater of McMaster, Canada and Online Dynamed Research peer-reviewer; a Young Investigator’s Awardee at the World Congress and Asia-Pacific Congress of Gastroenterology; A nominee as one of the Top 100 Leading Physicians 2018, Cambridge Biographical Institute. He is a focused lecturer on NAFLD in local and international conventions for 20 years, with 51 invites as Keynote Speaker in International Conventions this year and 34 advanced invites for 2020. 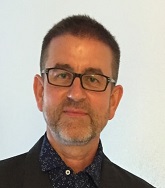 Biography: Andre-Jean Remy is the Head of Hepatology and Gastroenterology Unit & ReadMore...

Andre-Jean Remy is the Head of Hepatology and Gastroenterology Unit & of Social Medicine Unit of Perpignan Hospital. He is the Medical Coordinator of Mobil Hepatitis Team and General Secretary of ANGH. He is an Administrator of AFEF (French Liver Diseases Association) and a Specialist of Viral Hepatitis in drug users, inmates and precarious populations. He has published more than 150 scientific articles. Biography: Hiu Yee KWAN is an Assistant Professor in the School of Chinese Medici ReadMore...

Hiu Yee KWAN is an Assistant Professor in the School of Chinese Medicine, Hong Kong Baptist University. She is interested in studying obesity, colorectal cancer, and nonalcoholic fatty liver diseases. She has published over 40 research papers and review articles in the areas of lipidomics, obesity, cancers, and nutrition. Dr. Kwan is also an editorial board member for many Journals.

Biography: Amr Amin has completed his PhD at University of Illinois at Chicago, a ReadMore...

Amr Amin has completed his PhD at University of Illinois at Chicago, and received a Post-doctoral training in the field of molecular genetics at the University of Pennsylvania School of Medicine. He started his academic career at UAE University where he serves now as a Full Professor of Cell and Molecular Biology. His research focuses on ways to control cancer, particularly liver cancer. He published many research and review articles and serves as Reviewer and as an Editorial Member of many specialized peer-reviewed journals. He is also a member of many specialized societies and the sole recipient of many scientific awards.

Research Interest: Will be updated soon.

Will be updated soon.

Higinio Mappala is serving as a Dean at St. Paul University Philippines, College of Medicine and he is having 23 years of experience as an Gastroenterologist at Jose Reyes Medical Center. His international experience includes various programs, contributions to reputed journals and participation in different international conferences in diverse fields of study.

Dr. Mohamad Miqdady is American Board certified in Pediatric Gastroenterology, Hepatology and Nutrition. He is the Division Chief, Ped. GI, Hepatology & Nutrition Division at Sheikh Khalifa Medical City in UAE. Also an Adjunct Staff at Cleveland Clinic, Ohio USA. Dr. Miqdady completed his Fellowship in Pediatric Gastroenterology at Baylor College of Medicine and Texas Children’s Hospital in Houston, TX, USA. He held the position of Assistant Professor at Jordan University of Science and Technology in Jordan for six years prior joining SKMC. Main research interests include feeding difficulties, picky eating, obesity, procedural sedation, allergic GI disorders and celiac disease. He has several publications and authored few book chapters including www.uptodate.com On the Editorial Board of few journals including Gastroenterology & Hepatology.

Biography: Prof. Dr. Amin El-Gohary completed his MBBCh in 1972 and his Diploma i ReadMore...

Mr Papagrigoriadis is a Consultant Colorectal & Laparoscopic Surgeon and Honorary Senior Lecturer in Surgery. His private practice is based in the Guthrie Clinic at King’s College Hospital where he was appointed as a Consultant in 2001. Mr. Papagrigoriadis has an interest in medical law and is an Expert Witness for the courts in personal injury and clinical negligence cases.

Biography: Odd Helge Gilja was born in Bergen, Norway in 1962. He received his Me ReadMore...

Odd Helge Gilja was born in Bergen, Norway in 1962. He received his Medical Degree at University of Bergen in 1990. He did his Ph.D. at University of Bergen in 1997. He specialised in internal medicine and gastroenterology at Haukeland University Hospital. He was appointed Associate Professor at Institute of Medicine, University of Bergen in 2001 and professor from 2002. He was president of the Norwegian Society for Diagnostic Ultrasound in Medicine from 2001 to 2007. He has been Advisory Board member of European Federation for Ultrasound in Medicine and Biology (EFSUMB) from 2001. He was appointed chairman of EFSUMB's Education and Professional Standards Committee in 2007 and still is. He is Editor of 4 books, has written 25 book chapters, and is author of over 100 scientific papers. He has twice won the European Young Investigators Award of EFSUMB. He was in 2006 elected to give the prestigious Euroson Lecture in Bologna. His present positions are: Professor at the Department of Clinical Medicine, University of Bergen; Senior Consultant at National Centre for Ultrasound in Gastroenterology, Haukeland University Hospital, Bergen, Norway; and Director of MedViz - an interdisciplinary R&D cluster in medical imaging and visualisation.

Biography: Bing-Rong Liu has completed his MD in 2002 from Chongqing Medical Univ ReadMore...

Bing-Rong Liu has completed his MD in 2002 from Chongqing Medical University. He appointed as the director of gastrointestinal department of the Second Affiliated Hospital of Harbin Medical University in June 2004. He has developed so many endoscopic new techniques and published more than 20 papers in reputed journals

Biography: Ashktorab has completed his Ph.D at the age of 28 years from Utah Univ ReadMore...

Ashktorab has completed his Ph.D at the age of 28 years from Utah University and postdoctoral studies from Indina University and University of Florida, School of Medicine. He is the director of Microarray lab, a member of Gastrointestical Research group. He has published more than 100 papers in reputed journals and has been serving as an editorial board member of many Journal including DDS, GUT, PlosOne and others.

Gastrointestinal genetic, epigenetic and epidemiology including population based, translational and clinical research

Lynnette Ferguson obtained her D.Phil. from Oxford University, working on the subject of DNA damage, DNA repair and mutagenesis in yeast. After her return to New Zealand, she began working as part of the Auckland Cancer Society Research Centre, using mutagenicity testing as a predictor of carcinogenesis, with particular focus on the New Zealand situation. In 2000, she took on a 50% role as Head of a new Discipline of Nutrition at The University of Auckland. In more recent years, she has considered the interplay between genes and diet in the development of chronic disease, with particular focus on Inflammatory Bowel Disease, a cancer-prone condition, and also in prostate cancer. As programme leader for the multidisciplinary-multiorganisation Nutrigenomics New Zealand, she has been working with a range of others to bring nutrigenomics tools and potential to the New Zealand science scene. She has supervised more than 40 students to the successful completion of B.tech, MSc or PhD. Her laboratory regularly supervises 2-3 summer students each year. She is the author or co-author of more than 350 peer reviewed publications as chapters in books or articles in international journals. She serves on the Editorial Boards of several major journals.

Visiting professor at Department of Food Sciences and Experimental Nutrition, Faculty of Pharmaceutical Sciences, University of Sao Paulo, Sao Paulo, Brazil. Study of pathogenicity of antibiotic resistance and virulence genes in LAB isolated from food products. From 2011- Present he is a Review Editor of Frontiers in Food Microbiology , published by Frontiers Research Foundation, Lausanne, Switzerland.

Biography: Vince Fragomeli is currently working as a Clinical Nurse Consultant at ReadMore...

Vince Fragomeli is currently working as a Clinical Nurse Consultant at Napean Hospital, Australia. He has published numerous research papers and articles in reputed journals and has various other achievements in the related studies. He has extended his valuable service towards the scientific community with his extensive research work.